Posted on September 13, 2019 by mimivontease 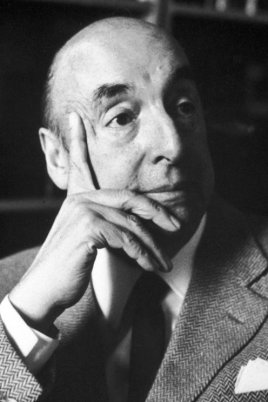 Ricardo Eliécer Neftalí Reyes Basoalto (12 July 1904 – 23 September 1973), better known by his pen name and, later, legal name Pablo Neruda was a Nobel Prize winning Chilean poet-diplomat and politician. Neruda became known as a poet when he was 13 years old, and wrote in a variety of styles, including surrealist poems, historical epics, overtly political manifestos, a prose autobiography, and passionate love poems such as the ones in his collection Twenty Love Poems and a Song of Despair (1924). He won the Nobel Prize for Literature in 1971.

Neruda is often considered the national poet of Chile, and his works have been popular and influential worldwide. The Colombian novelist Gabriel García Márquez once called him “the greatest poet of the 20th century in any language”, and Harold Bloom included Neruda as one of the 26 writers central to the Western tradition in his book The Western Canon.

This one here is a new personal favorite of mine. I hope you enjoy this just as much as I did and I’m glad to have found this man.

F. M. Laster
“I only like two kinds of men, domestic and imported.” -Mae West

I crave your mouth, your voice, your hair.

Silent and starving, I prowl through the streets.

Bread does not nourish me, dawn disrupts me, all day

I hunt for the liquid measure of your steps.

I hunger for your sleek laugh,

your hands the color of a savage harvest,

hunger for the pale stones of your fingernails,

I want to eat your skin like a whole almond.

I want to eat the sunbeam flaring in your lovely body,

the sovereign nose of your arrogant face,

I want to eat the fleeting shade of your lashes,

and I pace around hungry, sniffing the twilight,

hunting for you, for your hot heart,